Enjoy cycling (many circular routes), walking (6km to 50km - a suitable choice of distances for everyone), fishing, canoeing on the Charente and Tardoire rivers, horse riding and even go up and experience the view over the Charente on a Gyroplane Microlight flight at Saint-Ciers-Sur-Bonnieure. Also visit local markets in St. Angeau, Mansle, Rouillac, La Rochefoucauld and Chasseneuil. The towns of Cognac (brandy), Bordeaux (wine) and Limoges (porcelain) are within easy reach and the seaside towns of Royan, and lIe d’Oleron are only about 1-1/2hrs away. For the lovers of water activities we suggest a visit to Centre Nautilus offering 7 indoor sports and recreational water pools, balneotherapy area (saunas, hammam, jacuzzi, solarium and relaxation pool), a cardio-training room,4 outdoor play pools in summer (pentagliss, wave pool, river and paddling pool). Visit their webiste Here.

The Angouleme International Comic and Cartoon Festival is the largest comics festival in Europe and the second biggest in the world after the Committee. It has occurred every year in January since 1974.

Angouleme is surrounded by large boulevards which stand above the original 2km of ramparts that protected the town. Every September Angouleme transforms the ramparts into “The Circuit des Remparts” - Angouleme’s Classic Car Race. The roads become a race track and vintage cars from far and wide come to race in this wonderful race that first took place in 1939.

Visit the Cathedral of Saint Pierre dating back 900yrs, the Museum of Angouleme, Museum of Paper (Angouleme was once a thriving papermaking centre), the Museum of Comic Books and take a guided tour around the Gothic-Renaissance Town Hall and find out more about Margarite de’Angouleme.

Stroll through the extensive park under the ramparts, which includes various sculptures, water features and an animal park. Elsewhere in the town you will come across lots of other interesting buildings such as Churches and Chapels and several grand townhouses and a good number of shops and cafes in the open squares and the pedestrianized streets.

After exploring the old town in Angouleme, complete your visit with a stroll along the banks of the Charente, or with a boat trip to see more of the picturesque scenery along the river.

Regular markets are held in Angouleme every day except Mondays (in the mornings unless stated).

Wander the streets of the town of La Rochefoucauld and visit its magnificent Chateau. The historic castle towers above the town by the River Tardoire in the Charente. It is an impressive chateau with its original 11th century square keep flanked by Renaissance towers. Parts of the chateau are open to the public (there is no garden) and highlights include the beautiful 16th century staircase, highly ornate Renaissance detailing in the ceiling and windows and the courtyard with its Italianate archways.

Have lunch in a restaurant, picnic by the river or wander into Chocolaterie d’Antan and discover beautiful homemade chocolates or sit on the terrace of the restaurant in the summer, and try their salads that make them famous.

For over 40 years “La Cave Saint Sornin” is the only Cave in Charente to produce Charente wines. Visit the cellars (about 45mins), vineyard, the verification tanks and the cellars with barrels and free wine tasting on Wednesday and Friday mornings.

Jarnac is the house of the Cognac maker Courvoisier which has won many international prizes for its Cognac. The Museum is situated on the Charente river bank and offers tours in both English and French which are very informative. They include a detailed exploration of the history of Courvoisier, the House’s links with Napoleon, the cognac-making process and an audio/visual presentation. Cognac is only an hour away, where there are many more distilleries to visit as well.

A tranquil arboretum nestled beside the picturesque village of Nanteuil En Vallee. The Argentor, a tributary of the Charente River flows through the park. Stroll the walking trails and foot bridges, or relax on a bench and view the flower gardens, streams, ponds, trees and shrubs.

Where you prefer a lazy day on the beach soaking up the sunshine, a tour round the lakes on foot, by bike or horseback or one of the numerous water based activities on offer, then the Beaches and Lakes of the Charente-Limousine are a great place to visit. In the heart of the Lacs de Haute Charente,lies two stunning lakes offering fishing, cycle routes and woodland trails.

The Plage de Guerlie is a beautiful sandy beach on the shores of Lac de Lauvaud. There is a snack bar, mini golf, a childrens climbing frame, shaded picnic areas and the restaurant Cote de Boeuf alongside the beach. On the opposite side of the lake there is a non-motorized water sports centre offering wind surfing, sailing, rowing and canoeing as well as an equestrian centre. 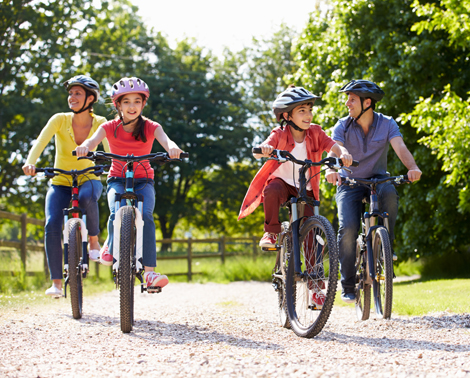 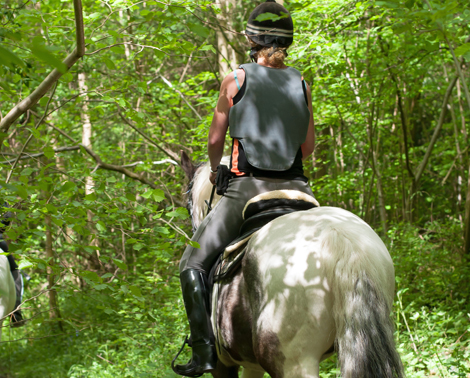 Cycling with a difference! If you want more entertainment than exercise then this is the perfect thing for you to try! Its called the Velo-Rail (bicycle-rail) which can be found on an ancient railway line in the Charente-Limousine that stretches 32km. There are two main routes you can take. Roumazieres to Manot or Confolens to Manot return. Each velo-rail can take 2 peddlers and 3 passengers and if you’re a group, you can be ‘linked’ so you can all enjoy the experience together. Stop for coffee and cakes at the station-cumcafe at Manot, pedal through woodland, over level crossings and ancient viaducts. A great way to spend a few hours and have a lot of laughs along the way.

A hidden gem of a village just under 40km north of Angouleme in the Charente and on the pilgrimage route from Tours to Santiago de Compostelle in Spain, the Charente river weaves it way through the village, meandering past the fairytale-like 15th century chateau that dominates the skyline and is often described as one of the finest chateaux in the Charente. The village is perfect for a lazy few hours of wandering, shopping and eating with a number of interesting shops and 5 restaurants to choose from.

La Vallee des Singes or Valley of the Monkeys is a large 15 hectare monkey and ape park where many of the 350 primates who live here travel freely through the trees and along ropes strung between them, or are enclosed on large islands which allows them to move as they please.

La Vallee des Singes is a great day out for families but also for adults of any age, its lovely to be able to get close to the animals without bars in the way and have them scampering around you as you walk along the paths.

Situated 25km north-west of Limoges, Oradour-Sur-Glane was a village that was completely destroyed by the SS in June 1944, including the murder of all 642 inhabitants (except a very few who managed to escape) and also some others who were just passing through the village. The men of the village were all shot and the women and children burned to death in the Church before the village was razed to the ground.

There are now 2 parts to the village, the original part as destroyed which is now the “Centre de la Memoire d’Oradour- Sur-Glane” and a new village of the same name rebuilt a short distance away. A place to visit in quiet contemplation, the original village has been kept exactly as it was at the end of that terrible day, as a tribute and memorial to those who died. You can still see the wrecked cars and machinery and the gutted buildings, including the Church where more than 400 people lost their lives. 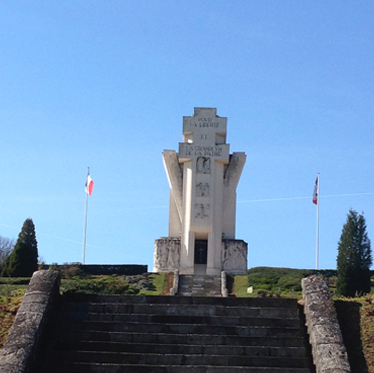 The Franco-German armistice which was signed on 22nd June 1940 at Rethondes was not followed by the expected peace, but by the occupation of France by the Germans. France was cut in 2 by a line from the Pyrenees to the Swiss Border. Charente was split by a line which passed to the east of Angouleme, the occupied zone was to the west.

After the allied landings in Algeria in 1942, the Germans occupied the whole of France, including the so-called “free-zone”. From 1943 the gradual relaxation of strict controls along the demarcation line prompted the formation of little centers of resistance. The resistance group “Bir Hacheim” was created at Chasseneuil.

Visit the small Museum in Chasseneuil-Sur-Bonnieure in the tourist office and learn of the importance of the Resistance in this area during WW2. There is also a magnificent Memorial erected to all those in the Resistance who gave their lives for the cause.